Lecture:
The Philippine-CHina Arbitration with Respect
to the Dispute in the South China Sea

The Philippine Studies Series Berlin together with the University of the Philippines Alumni Association-Germany e.V. presented the lecture of Dr. Suzette Suarez on the Philippine-China sea dispute. Dr. Suarez is Solicitor (England and Wales) Lebuhn and Puchta, Hamburg, Director of the Center for International Ocean Law, and President of the UPAA-Germany.

Abstract of the lecture:
In January 2013, the Philippines filed a case against China under Annex VII of United Nations Convention on the Law of the Sea (UNCLOS) relating to their dispute over sovereign rights and jurisdiction in the West Philippine/South China Sea. China has refused to appear in the case on the ground that the arbitral tribunal has no jurisdiction over the dispute between the two countries. China argues that the dispute between the two countries is primarily over the ownership of the islands/features on the South China Sea and not over the use of or access to the waters surrounding the features. China is therefore of the view that the UNCLOS, which as a treaty is not concerned with issues of title to territory, does not apply.

Instead of submitting its counter-memorial, China published a position paper in December 2014 setting out its views why the arbitral tribunal has no jurisdiction over the case.

In April 2015, the arbitral tribunal has decided to conduct a hearing to address the objections to jurisdiction set out in China’s Position Paper.

This presentation will give an overview of the dispute. The speaker will also discuss procedural matters in light of China´s non-participation. Despite the non-appearance of a party, the arbitral tribunal must satisfy itself not only that it has jurisdiction over the dispute but also that the claim is well founded in fact and law. Following the July 2015 hearing, the arbitral tribunal will make its ruling on matters concerning its jurisdiction and the admissibility of the Philippines’ claims.

About the speaker:
Dr. Suarez is solicitor (England & Wales) at Lebuhn & Puchta, Hamburg and director of Center for International Ocean Law, Manila and Hamburg. She is an experienced public international lawyer with expertise in the law of the sea, maritime law, international environmental law, the law of title to territory, and the law and practice of international organizations/institutions. Before joining Lebuhn & Puchta, Dr. Suarez Suzette served for seven years as Associate Legal Officer at the International Tribunal for the Law of the Sea (ITLOS), Hamburg, Germany. Prior to ITLOS, she worked as Officer-in-charge of the Institute of International Legal Studies at the University of the Philippines Law Center where she provided legal advice to the Philippine government on international law issues. She worked on environmental law issues as Attorney at the Department of Environment and Natural Resources in the Philippines. She is an alumna of The International Max Planck Research School for Maritime Affairs, holds a Dr.iur. degree from the University of Hamburg, and a Master of Laws (LlM) degree from Dalhousie University, Canada. She also holds a Diploma from the Rhodes Academy of Ocean Law and Policy and a Certificate from the Hague Academy of International Law External Programme. 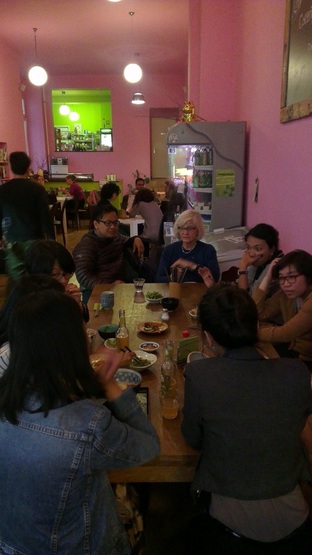